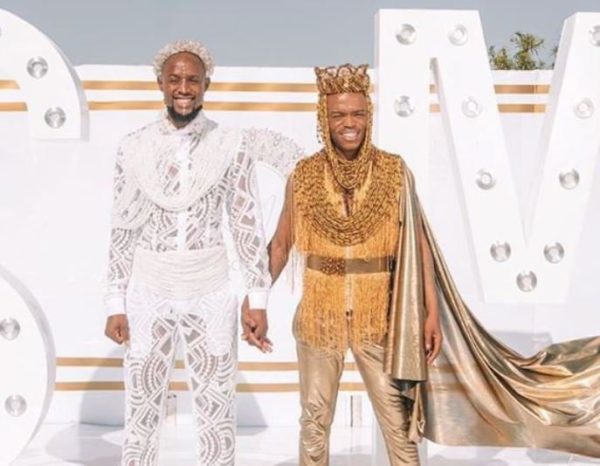 Somizi’s wedding was one of the biggest heroic weddings of our African continent.

It was interesting seeing the continuity of same-sex marriage as part of western culture.

The extravagant event was held on 30th January 2020. The world had been waiting eagerly to see the union of Somizi Mholongo and Mohale Motaung.

The couple held their traditional wedding ceremony in September 2019. The ceremony was attended by Mzansi’s celebrities, including Bonang Matheba, Julius Malema, and his wife Mantwa, Rami Chuene. People wore traditional attires to their traditional union. The decorations were stunning as well.

Details of the wedding

Event attire: Guests were asked to wear shoes made by Christian Louboutin, a French fashion designer. The shoes are commonly referred to as red bottoms since they have scarlet soles. The theme of the Somizi Mhlongo wedding was all white. The couple asked everyone to wear white clothes. The announcement was made on Somizi’s Instagram.

Special appearances at the wedding

1. Basetsana Kumalo: Runner’s up for Miss World 1994 made a stunning appearance as she wore her crown and a white dress.

2. Dineo and the partner were also present.

5. Former Uzalo star, Khaya Dladla and the partner did not miss the great event.

6. The Herd and Isithembiso Actor Winnie Ntshaba rocked in a white dress.

7. Shimza made a handsome appearance and was among the best-dressed males at the ceremony.

8. Norma Gigaba could not miss the ceremony.

9. Minnie Dlamini Jones did not disappoint. She looked gorgeous.

12. Lerato will never miss such an event