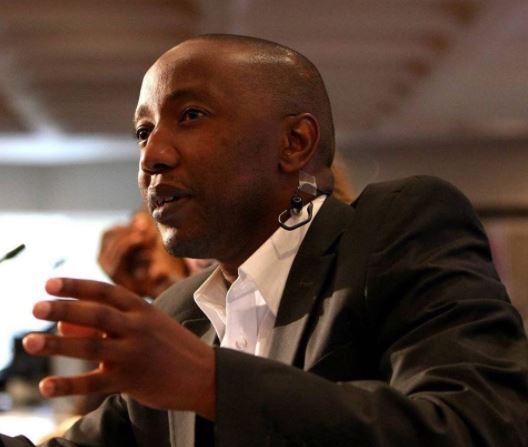 Thulasizwe Simelane (born February, 1980) is a top anchor in South Africa, currently with eNCA. His popularity has kept on growing in the recent past, making him an idol for many.

He was born in one of the remotest villages in Mpumalanga called Dundonald. Thulasizwe studied at Rhodes University between 1999 and 2001. There, he attained a Bachelor of Arts in journalism.

The latter prides himself on the enhanced proficiency of Ndebele and Shona. This way, he can communicate with people from the region easily. Besides, he spent a relatively lengthy stint in the country during his role on SABC.

Thulasizwe joined SABC in November 2001, a place where he stayed for 11 years. During this period, he handled different roles. Between 2001 and 2004, he produced PM Live on SAFM. This show focused on current affairs.

Between 2004 and 2007, he was a senior radio news reporter, based at Auckland Park, Johannesburg. In 2008, he went on to become a bureau chief and correspondent in Harare. Here, his responsibilities included daily radio and TV coverage.

As such, he covered distinct realms of social affairs, economics, and even politics. In June 2011, he presented a flagship program known as asikhulume. Its focus was on vital political and economic issues affecting the country. Later the same year, he took up the role of a senior political journalist for SABC.

In November 2012 Simelane started working at the Department of Infrastructure Development in Gauteng. Here, his role as a media liaison officer saw him organising as well as facilitating various media interactions.

He, later on, became a political editor as well as an anchor at Newzroom Afrika. He played a central role in making sure that the company observed excellent editorial standards and integrity. He quit the position six months later, intending to pursue other career prospects.

It was jubilation when eNCA announced that top anchors were coming back. Thulasizwe Simelane was one of them, having been absent for almost twelve months. Here, he took over the show between 2 and 4 pm.

This show is not only incisive but also insightful. For as long as you want an invaluable outlook on the current political and economic status of the country, this will be the program to watch.

Nothing could be a better way for you to connect with your favourite journalist than through social media. One of the most credible platforms to follow the social life, pictures, among other things concerning Simelane would be Instagram.

It will ensure that you not only understand him better but also keep in tabs with his social life and events.