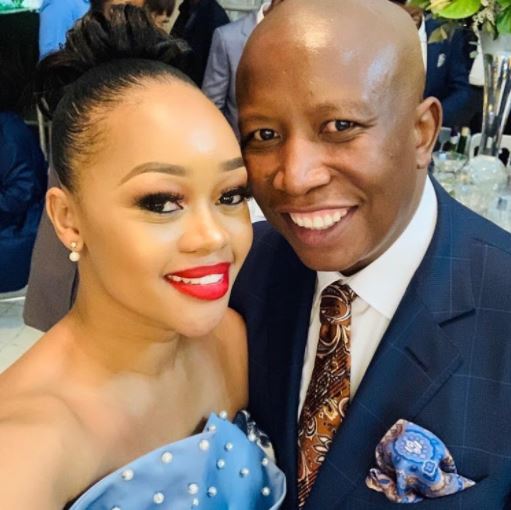 She is an accountant by profession and is a rather private person. On the other hand, her husband’s personal details are known publicly, mainly because he is a public figure.

The accountant started dating her husband, Julius, when she was still in high school. The couple’s love and respect for each other grew over the years and eventually led to marriage. The lovebirds exchanged their vows on the 27th of December 2014.

Mantwa Matlala Julius Malema wedding ceremony was a private event. Uninvited guests were not allowed into the function. The event took place in Seshego, and there was heavy security during the event. At the end of the ceremony, the bride’s name became Mantwa Matlala Malema.

Malema wife is a mother of three adorable sons. In October 2016, Mantwa gave birth to her first son, Munzhedzi. In February 2018, her second son, Kopano, was born. The couple also has an older son, Ratanang Malema, who was born in 2006. Ratanang is from the politician’s previous romantic relationship with Maropeng Ramohlale.

The politician’s household is happy and united. The Member of Parliament often posts lovely pictures of his family on his social media accounts. The family is affluent.

However, the couple did not respond to these allegations. Many people assume that photographer Austin Malema is related to this happy family, but he is not.