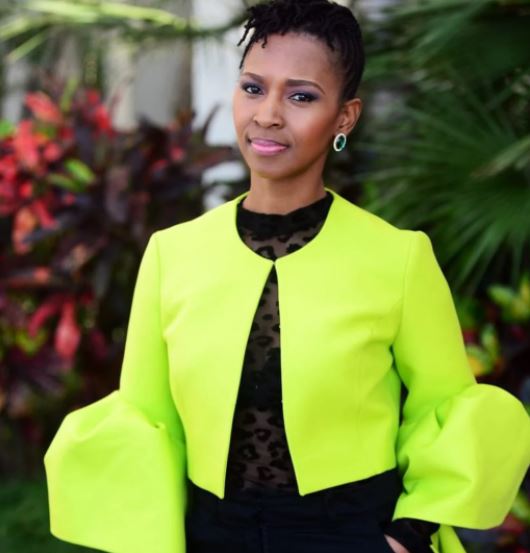 Katlego Danke (born 7 November 1978) is a South African actress, radio DJ and TV presenter. She is of Tswana ethnicity.

Born in the North West, her childhood was spent in places such as Mafikeng, Potchefstroom, Mabopane, and Ga-Rankuwa.

The actress’s early education is unknown although she joined the University of Cape Town and graduated with a BA in Theatre and Performance. She graduated back in 2001 at the age of 23.

Katlego is arguably the most down low celebrities of Mzansi. No one actually knows whether she is married or not. Despite her desire for privacy, people know that she has a son back in 2017.

Danke showed an interest in acting since she was a child, which was why it was not a surprise when she decided to pursue arts at university. She has managed to make appearances in productions such as Beyond The Veil, Miss Tertiary Feel, and The Town that was Mad among others.

Her earlier TV roles included brief appearances in films and shows like SOS (2001) and Sewende Laan (2003). Away from the camera, she has been on some cover of magazines such as Drum, True Love, and Real. She has also been voted as FHM’s 100 sexiest women in the world two times now; 2006 and 2011.

Her other roles have seen her give motivational talks to the youth for organizations like the ANC Women’s League, The National Department of Health, Sonke Gender Justice Network, and the World Bank.

In 2015, she got a major break by becoming the brand ambassador of Philips Avent, which is an international company dealing in baby products. Her passion for children extends to charities that she has worked with like The Abraham Kriel Children’s Home and the Johannesburg Children’s Home.

Recent reports emerged that Katlego was about to be kicked out of her house by First National Bank (FNB) after she failed to keep up with her monthly payments. Her home, which is Ferndale, Randburg, has arrears amounting to more than R21,000.

The actor has won several awards including, best Dressed Actress in 2009 at the South African Film and TV Awards, nominated for a YOU Spectacular award for Favourite Actress in 2010 and also the Best Screen Villain in the Duku-Duku Awards in 2004.