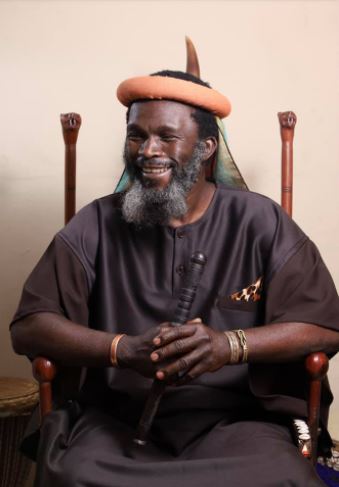 Joshua Maponga (born in Zimbabwe) is a popular motivational speaker, social entrepreneur, and musician. The renowned personality is also a philosopher and leader.

He is passionate about community development which has led him to work with several big organizations. Joshua is also a popular face on television and appears on DSTV channel 331 on a program “Joshua”.

The speaker has managed to make a name for himself in the industry. He is among the most sought after personalities for his knowledge and thought on the principles of life.

He is the firstborn and the oldest of five children. Maponga moved to South Africa and Swaziland and then flew into London, United Kingdom at the end of 1998.

Maponga lived in Birmingham, Norfolk and then South Essex with his ex-wife. He moved back to South Africa and started a new job in Marketing, Consulting and Construction.

Maponga has two daughters from his first marriage.

He enrolled as a theologian at Andrews University (Berrien Springs Michigan USA). Maponga said he had wanted to do engineering or medicine, but his father steered him down a different path.

Joshua’s father was a pastor and minister who had been released from prison and death row in the 1979 Amnesty and until that point, he did not know if he would ever see his father again.

His father moved to a religious environment following his release, staying away from politics, and warning his son that he needed to as well. This lead Joshua to continue his studies in theology and philosophy, and went on to work in the church for the last 33 years.

Maponga was a Pastor for 33 years and was conferred the title of Bishop from the Pentecostal and Evangelical community.

He has worked with organizations such as Entrepreneurial Development Southern Africa, the Seventh-day Adventist, and Global Management Centre (UK).

Joshua Maponga has a wide range of experience in branding, banking, non-profit organizations and the project management space with multinational companies such as Vodacom, SAPO, Absa World Vision, PRASA, SALGA, Milpark College and SAPS, to mention a few.

Maponga has also written, developed, produced, presented and anchored on TV Programmes. In 2010 his show Joshua was added by One Gospel on their list of shows. His other show, Behind The Gospel, also aired on DSTv channel One Gospel. He has other shows Late debate, and Education Channel “ED” and others.