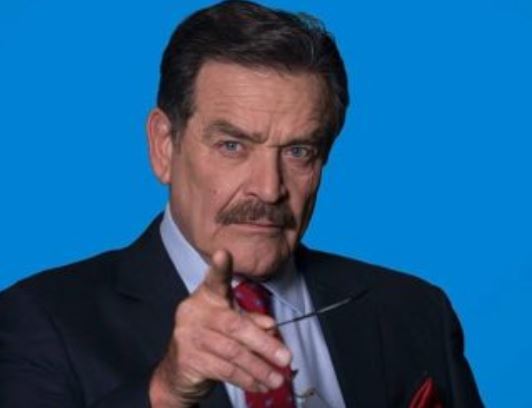 Considered as a legend in South African television, Strydom is best known for his roles in the popular serials Generations, Binnelanders and the film The Gods Must Be Crazy II.

You may also recognize his creativity in Vergeet My Nie of 1976. Clearly, he is one man that had already been emersed in the entertainment industry long before most actors thought about the profession.

While many remember him as a legendary actor that set the pace for other actors in South Africa, the star did not start out at the top of the entertainment industry in the country.

He attended Potchefstroom University where he pursued a course in law. He later joined the Department of Justice in the country to serve as the Magistrate’s Court in Durban back in 1964. His career in law flourished as he held two positions, the first one was in 1972 when he became the regional state prosecutor in Ladysmith.

Adding to his roles, from 1972-1976, he also served as one of the magistrates at the Head Office of the Justice Department. It, however, appeared that his career in law was not fulfilling enough as he chose to resign in 1976.

Surprisingly, he switched gear to acting which led him to become one of the first people together with David Hall-Green, to embrace South Africans to TV. This came as an open announcement on national broadcast’s first day back in January 1976.

Hans is remembered as the first South African to be on TV. He has since built a career for himself and has appeared in numerous other films over the years. One thing remains though, he is quite elusive with the media as he finds a way of refusing to appear in the limelight.

He declines interviews and prefers to take care of his animals on his Krugersdorp farm. He has chosen to lead a quiet life.

It is clear that he is more of an Afrikaans star, but he does well even with English movies. He is also celebrated for being a champion of other actors’ rights. He is known to have been among the most successful actors in this aspect.

A good example would be in 2000 when he successfully took SABC to court for failing to honour the rights of performers’, when it came to repeat broadcasting. After this victorious suit, he has been instrumental in helping others in the field to claim their own fees.

While it is true that Hans is a legendary actor and one of the first people in the industry, he has defied time as he continues to feature in different shows. The following is a highlight of a few of them. This information captures the show and the character that Hans played.

The actor has also been awarded the ATKV award for the Best Actor in 20017. This was for his Binnelanders role.