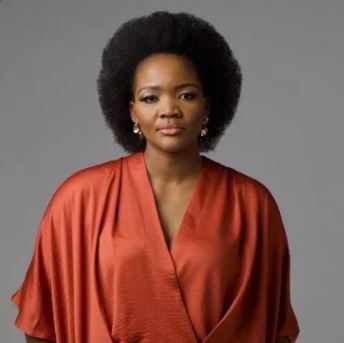 She’s been working for over seven years as a broadcast journalist and covers issues of national importance including governance and service delivery.

Even though she is no longer one of the eNCA presenters, Cathy is still remembered by many for her time at the channel. At the moment, she works for Newzroom Afrika.

At the age of 6, the anchor moved to Polokwane where she attended Capricon High School. During her time in school, she was actively involved in public speaking and debating, and this is what might have motivated her to pursue a career in journalism.

Cathy Mohlahlana was also a member of the Model United Nations, which exposed her to the world of diplomacy and international relations. She attended Wits University, obtaining a Bachelor of Arts degree in International Relations and Political Sciences.

She began her career as an online copywriter and radio anchor. She was discovered during the end of her first year at Wits University by Radio 702.

The reporter kicked off her career by taking on the roles of a reporter and radio anchor for Radio 702’s Eyewitness News and Kaya FM. For a couple of years, she worked for eNCA (eNews Channel Africa) and covered issues of national importance. In March last year, she, together with Thulasizwe Simelane, left eNCA(DStv Channel 403).

The reasons why the eNCA anchors left the channel are still unknown. Simelane and Cathy’s last day on the channel was 29th March 2019. Currently, Cathy works for Newzroom Afrika (DStv channel 405). She hosts [email protected] between 6:00 pm and 9:00 pm daily. She also hosts Editor’s Choice on Sunday mornings.

Details of Cathy Mohlahlana age are not known to the public. Information about her family is also not in the public domain. It is unknown whether a Cathy Mohlahlana boyfriend exists or whether she is married. The journalist has done an excellent job of keeping her private life away from the public eye.