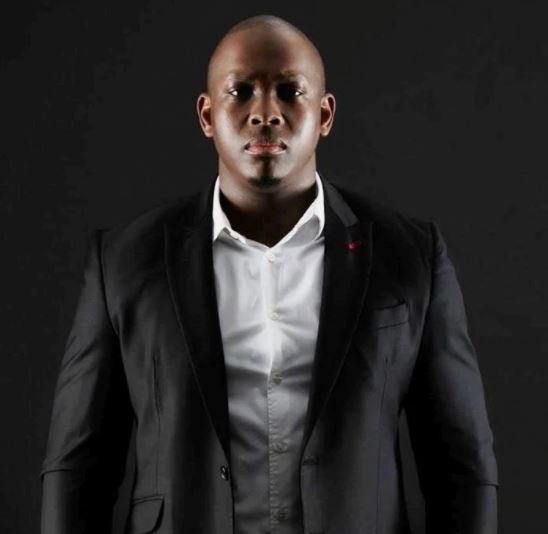 He is also the author of his debut book The Magna Carta of Exponentiality and a business mogul who has successfully built and transformed businesses in SA and abroad.

Perhaps you have even come across his new book, Business & Life Lessons from a Black Dragon, which details his rise from a poor township to being a renowned entrepreneur, author and investor with the world at his feet.

Vusi Thembekwayo is married to a beautiful, highly educated woman, Palesa Thembekwayo. The visionary wedded her in 2009 at a glamorous wedding. He does not talk much about her, but believe me when I say she is a real definition of beauty and brains.

Palesa Thembekwayo is dedicated, smart, strong and humble; these are the words you would use if you met Palesa for the first time.

Like her husband, Palesa is also an accomplished entrepreneur. Together, they have a six-year-old son. She is also a staunch believer in youth entrepreneurship.

In 2015, Palesa and Vusi, along with other partners, founded My Growth Fund, an organization that supports young entrepreneurs as they start, build and grow their businesses. They provide them with entrepreneurial advice and implementation support across various disciplines.

Vusi Thembekwayo is one of the richest young men in South Africa. His net worth is mind-blowing! The 33-year-old influences over $350 million in the seven organizations he holds shares in. His companies operate in Nigeria, South Africa, Uganda and Kenya.

His net worth is estimated at $550, making him one of the richest young men in South Africa and Africa as a whole. About Vusi Thembekwayo age, he was born in 1985; thus, he is 33 years old now.

Do not let the millions fool you; Vusi came from a very poor family. Life was very difficult for him, but luckily, he managed to get a good primary and secondary education. Upon completion of his high school education, the visionary joined the university but dropped out in his first year due to financial constraints.

Vusi did not give up. He started looking for a job that would help him raise his school fees but his efforts were fruitless. After failing to get the job, he decided to put his public skills into use. This led to the creation of his first company, Global Professionals South Africa.

The company became an instant hit and was attracting clients left, right and center. The talented entrepreneur then sold a part of the company to a South African based digital agency.

Vusi is also a talented Author. He ranks among the most accomplished authors in Africa and the world as a whole, having sold over 50,000 of his various books.

With all this info about this great African business man and entrepreneur, we hope that you may have got some inspiration about how to start your business and luckily marry a great woman like Vusi Thembekwayo wife.