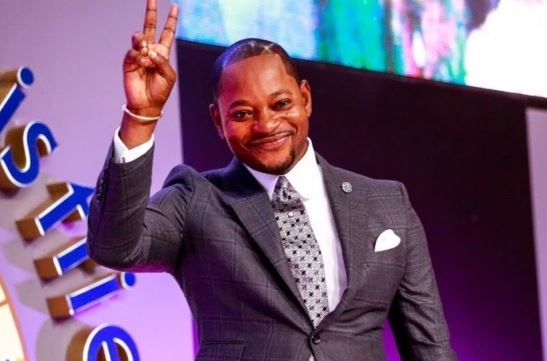 He is a Bible Scholar and a renowned International Speaker who ministers in different platforms around the world.

Through his ministry, people are saved, healed, delivered, we have seen families restored and many miracles have taken place.

He is a coach, mentor, father and leader among leaders. As a spiritual father to many, he also submitted to the late pastor Jacques A Vernaud who was his spiritual father until his passing on.

Alph Lukau is a renowned author and power televangelist with hundreds of thousands of men and women under his direct leadership.

He is the Senior Pastor and General Overseer of Alleluia Ministries International which he has founded in February 2002 in Johannesburg, South Africa.

He also owns a television channel called AMI TV that broadcasts via satellite all over Africa and Southern Europe. He is a father of 6 and a devout husband to his First Lady; Celeste Lukau.

He is married to Celeste Lukau who serves with him in ministry. She is the First Lady of AMI and is affectionately known as “Mama Celeste.”

He has an estimated net worth of around $1 billion dollars. This makes him one of the richest pastors in South Africa today.

Earlier this year, Alleluia Ministries International suffered backlash for what looked like a miracle. It was not the first time for the ministry to be associated with miracles. That was the norm in the church, which drew people from all walks of life, coming to witness and be part of the wondrous deeds.

In March, however, there was an incident that occurred in the church and made most of his criticizers point fingers at what they termed as a scam.

The incident involved a ‘dead’ man whom he ‘resurrected’. What most people termed as a miracle took another turn when the details of the morgue and funeral home that were associated with the deceased conflicted. The mortuary that the family of the deceased claimed to had taken the body of their loved one came up to stay that they had not received the body of the latter and did not know him.