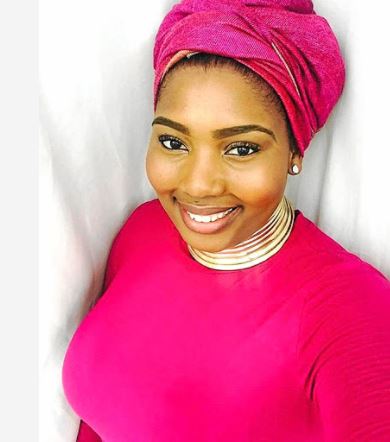 Nonkanyiso Conco (born 18 December, 1991) is one of Jacob Zuma’s baby mamas. She was engaged to the former President but ended up splitting in late 2019.

The latter hails from Matatiele on the KwaZulu-Natal border with the Eastern Cape. Besides, she is known as a Vuma FM presenter and philanthropist. Conco was a massage-parlour owner.

Until her relationship with Zuma caught the media’s attention, she was very outspoken in the preservation of Zulu traditions.

Before she was forced to resign from her job, she was a communications officer and treasurer of She Conquers, a not-for-profit organisation that empowers female.

Aside being Zuma’s ex-lover, here are 8 fascinating things you’ll definitely love to know about Nonkanyiso Conco:

2. Conco had her secondary education at Haythorne High School in Woodlands, Pietermaritzburg. She went further to study journalism and media at the IIE Varsity College.

3. She is still single as her engagement with Jacob Zuma broke off in 2019. Conco’s relationship with the former President had reportedly started in 2013. Conco would have become Zuma’s eight wife if they had gotten married.

4. Conco had a son for the ex-president. He was born on the 12th of April 2018, the same day Jacob Zuma was celebrating his 76th birthday. Conco says her son is the reason why she worked harder.

5. Conco works as a presenter at Vuma FM. She has previously worked as reporter/photographer at Independent Newspapers and also served as the director of Nomkhubulwane Culture and Youth Development organisation based in Pietermaritzburg.

6. Conco’s father, Fartescue, didn’t approve the relationship between his daughter and the former president Zuma at first.

7. It was later rumoured that he had paid lobola for her in preparation for marriage. Interestingly, there is a 53-year age difference between Zuma and his wife-to-be.

8. Nonkanyiso Conco Zuma romantic relationship started in 2013. She often referred to him as uBaba (father).