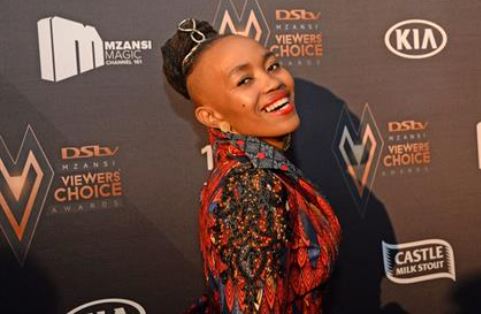 Moshidi Motshegwa is an award-wining actress who has been in the entertainment industry over the decades.

For more than 17yrs she has worked with different producers companies and also featured in both local and international movies, including Tv series.

The star studded actress came to spotlight after portraying the daughter of Nelson Mandela and De Klerk movie of 1997. While, growing up Moshidi had passion for telling stories, which positively influenced her acting skills.

In this article, we’ve listed some interesting facts you probably don’t know about the actress.

Moshidi Motshegwa is a popular South African actress that is best known for her leading role as Denzela Ledwaba in the SABC2 police drama series Zero Tolerance, from 2003-2006. She is also well-known for playing the role of Florence Nxumalo in the 2004 feature film Drum, with Taye Diggs.

There is no information yet concerning the marital status of Motshegwa.

She has an estimated net worth of around US $ 8 million.

Moshidi have a three year old daughter, the star actress who is fond is her daughter claimed that her little child helped re-shaped her life.

Moshidi Motshegwa is believed to be one of the richest and highest-paid actors in South Africa. DRUM magazine quoted three independent sources, who mentioned that Moshidi Motshegwa gets paid between R100 000 and R120 000 per month.

Modhidi came back on screen as one of the cast in The Rivers after five years of being off. She played the role of Malefu who lost her husband to the cold hands of death, and as a result, she went through several struggles including dealing with a criminal son.

Unfortunately, she had to leave, and a reason to this was partly because of the strained relationship which she had with Larona Moagi, her on-screen daughter. Afterwards, there was another information that she did not return to The River because she was underpaid.

She has appeared in numerous television shows including Friends Indeed, Gaabo Motho, Flat 27, Generations, Justice For All, Joburg Blues, Behind the Badge, Ke Nnako, SOS, Hillside, The Lab and Jozi H.

Motshegwa also made a guest appearance in a 2003 episode of the American medical drama series ER entitled “Makemba” (Season 10, Episode 10).
She played the role of Nelson Mandela’s daughter Zinzi in the 1997 made-for-TV movie Mandela and De Klerk. In 2007 she starred in the Dutch mini-series Stellenbosch.

She portrayed the leading role of Uhuru Mokoena, the daughter of a wealthy Xhosa doctor who has post-traumatic stress disorder following a hijacking – in the SABC2 mini-series Noah’s Ark, from July to August 2008.

Moshidi is one of the judges of the SABC1 reality competition talent search So You Think You’re Funny!, since November 2008. She helps comedian David Kau find South Africa’s top unsigned comedic talent.