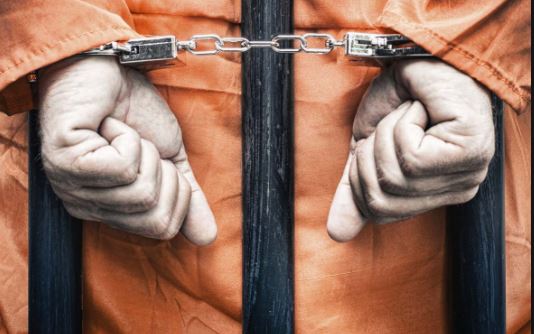 Spending a lifetime behind bars is arguably traumatising and profoundly frightening to those facing the law.

Different factors come into play when sentencing offenders for life, among them the nature of criminal cases. But that is not all.

Court ruling often attracts applause or outrage depending on the side of the ruling one finds themselves. Such reactions proceed from the satisfaction or disappointment that accompanies a crime in the measure of justice.

In the current standing, a life sentence in South Africa is not static but rather a product of critical factors in the realms of the case.

Some recent cases review will help you understand factors that determine the length of a life sentence in SA.

How many years is a life sentence?

South African life imprisonment has an undetermined length, which may last as long as the offender’s remaining life. Some of the actions that may attract life sentencing include gang rape, premeditated murder, farm murder, gang and serial rape, especially when the offender had prior consent about their positive HIV status.

It is also a matter of concern especially when the victims were mentally disabled or underage at the time the offence was committed. Other circumstances that can as well attract a mandatory life sentence include hijacking and robberies. Section 51 of the Criminal Law Amendment Act of 1997 provides the following varying periods of sentencing options in South Africa.

Some special cases attract life imprisonment extending to long periods of 1,000 years with no possibility of parole. Moses Sithole case is a perfect example of a ruling that gives no room for pardon. Here is a review of 2019 criminal cases South Africa that ended up or could end up in life imprisonment.

One of the most recent cases in South Africa is the ongoing Thoriso Themane case. Mr Themane was murdered during a mob violence incidence in Limpopo. The 27 year old victim’s case took shape when videos of three suspects dragging him through Flora Park streets went viral on social media. The mob justice case also involved three adults aged 36 and 37, and a group of Capricorn High School pupils. With mob justice instances that end up in death of the victim treated as murder in South Africa, the suspects in this case could face the full first or second degree murder sentence if proven guilty.

Henri Van Breda verdict released recently on axe murder convictions is an example of a life sentence case that has attracted several concerns. The offender was determined guilty for murdering his brother and parents. Further, Breda sought to kill his sister. On another contextual ground, Breda faced obstruction of justice charges for staging the scene of the crime and inflicting deliberate wounds on himself to gain victimization advantage in the court of law.

Justice Minister Michael Masutha of Cape Town, approved the parole release of Ferdinand Barnard, apartheid-era hitman, that is to happen on April 2nd, 2019. This decision was arrived at after it was established that the convict met the requirements of parole, including serving over 20 years of his life sentence. Mr. Bernard will be handed to the Community Corrections Office that will oversee as well as monitor him because he will be serving the rest of his life imprisonment sentence in the society for the remaining days of his natural life.

To completely remove him from the society, Mdlolo, the notorious rapist in Soweto, dubbed One Man, was sentenced to 3 life terms as well as 240 years by Judge Ratha Mokgoatlheng. Between July and December 2012, Mdlolo single-handedly committed the heinous acts on 39 innocent victims, most being minor girls. One Man was found guilty of a total of 22 crimes including 3 rape cases, 1 murder, 10 housebreaking with the intention of committing armed robbery, 5 armed robbery cases, and 1 for possessing an illegal firearm.

Factors that determine the length of life imprisonment in South Africa

As aforementioned, South African trial courts are responsible for sentencing criminal offenders. For this reason, they establish the type of crime and its weight before proving the verdict based on discretion. Various principles are acceptable and suitable for determining appropriate punishment and sentences. The three central tenets commonly applied are called Triad of Zinn include public interest, the gravity of the offence, and circumstances confronting the offender as further discussed.

i. The severity of the crime

The court takes a comprehensive approach in determining the seriousness of the offence on trial and its resulting impacts. Of interest also are mitigating and aggravating factors. Fairness of the punishment concerning the crime is core in establishing a ruling on the length of a life sentence. Cases that involve violent crimes require that the court considers the extent of violence, the brutality, weaponry used, and level of harm on attack victims among other relevant factors. One of the country’s recent murder cases involve Sibusiso Khwinana, who was allegedly attacked at Pretoria for his phone.

Courts have an understanding that offenders have human characteristics such as age, criminal record, health status, employment status, and motives. It is also of importance to the courts regarding if the offender has dependents. Breda’s case cites that he had no prior convictions or arrests and was still a young person. Findings suggest that Breda was vulnerable to depression, myoclonic epilepsy, and anxiety. However, much he has not shown remorse for killing three family members, Breda is emotional about his actions but not necessarily sympathy.

Courts are keen to render useful community sentences purposely to serve as a warning and deterrent to criminals. Sometimes, increased punishment aims to teach a lesson to the public without necessarily implying the proportion of crime. However, social and economic costs that accompany long incarcerations are significant before arriving at a verdict. Parties that believe that the decision was disproportionate can always appeal for remedies.