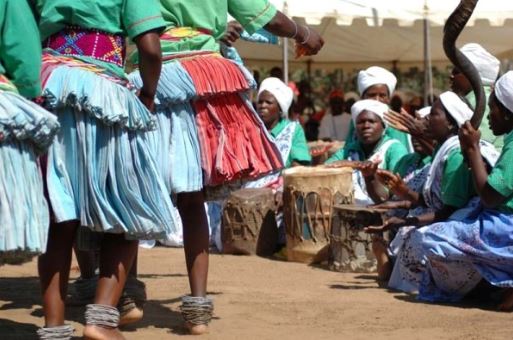 The Tsonga culture is owned by one of Africa’s most vibrant ethnical groups to have ever inhabited the South of Africa. They are a Bantu speaking ethnic group that is also widely referred to as Xitsonga.

Apart from that, they are known for their energetic rhythm music, dance styles, delicacies, among other interesting cultural facts.

Take a walk with us as we explore the various Vatsonga rich cultural practices that have been recorded from the past until now.

The first record of Xitsonga people settlement in South Africa dates back to the 1300s. This is recorded in the book titled “The Life of the South African Tribe” in 1912 and 1927. According to the 1977 “Matim ya Vatsonga 1498 – 1650”, the books confirm the existence of the Tsonga people that formed kingdoms as their leadership units. Henri Philipe Junod wrote both books.

One of the rights provided for by the Constitution of South Africa is the identification right based on one’s tribe or the cultural dialect. The Vatsonga names are shared among the people of South Africa, and the Mozambique, Zimbabwe, and Swaziland who share a similar Vatsonga culture. Some of the common Xitsonga names of the cultural group include Tswa, Tonga, Chopi, Rhonga, among others. These cultural groups share the same heritage and history, similar to the Soth African existing groups.

According to the historical documentation by Henri Junod, Xisonga language is recorded to have originated from the then native language known as “Thonga.” Missionary efforts are considered to be the significant factors that led to the study and development of the word. The missionaries learned the language so that they could easily communicate with the natives in the Southern parts of Africa.

Africa ethnic groups are internationally known for their rich musical ethnic heritage. Concerning the Xitsonga music history, its production is based on three conventional musical instruments subdivided into three primary musical instruments. These include:

Stringed instrument happens to be the critical ingredient in Vatsonga music production. Some of the essential instruments range from the Xizambi, Xitendxe, the Mgangala, and the Xipendana. When it comes to the wind instruments, the tribe boast of the Xitiringo, Nangna, and the Mhalamhala, which is an antelope trumpet. About the percussion cultural instruments, the musical tribe depends on the tambourines and the drums to achieve that high-tempo beat South African taste.

Xibelani dance is a lively and movement filled Tsonga dance. With its origin from the Xitsonga language, its English direct translation meaning is “hitting to the rhythm.” The dance involves the women wearing Tsonga traditional clothes known as Tinguvu. Vatsonga culture clothing utilizes alterations that enhance the waist and body movements. The Xibelani skirts are made from different materials that range from wool, grass, and even strings. The colorful skirts are a common phenomenon among most black cultures and resemble the Caribbean colors.

Xitsonga are known to eat termites as one of their cultural delicacies. Termites are a great source of protein, and the way they are prepared will have you salivating in no time. Other delicacies include the xigugu that is popular among the Vatsonga Shangaan language speaking Bantu. The dish is based on the corn and peanuts ingredients that are roasted and crushed to come up with very wholesome and sweet food.

Others include Tihove, tshopi, and vuswa. Apart from termites, Vatsonga people also eat worms. Specifically, the Mopani worms that are fried for an excellent indigenous taste.

In most cultural celebrations and dance festivals to celebrate the Tsonga tradition, both men and women do wear different cultural attires that have different and unique meanings to the people. For example, the men tend to wear traditional attires made from different animals skin and hide while the women wear Xibelani skirts accompanied by beads and other colorful details that complement the dance movements by shaking.

According to the Shangazine magazine article of 20th April 2018, The Xitonga people are known for their colorful passion over the years. This is evident in the people’s decorations, artefacts, and even the clothing and fashion details. The Xitsonga are also known for their colourful Xitsonga dresses and other body ornaments. These include the bright head wrap known as “duku,” wooden legs, and hand bracelets called “deha” necklace beads(vuhlalu).

Given the multi colors of the Tsonga people, you have the option of coming up with differently themed wedding dresses and a combination of perfect color blocking ideas. The dresses are mainly fashioned in the “Duke Back’ design for that South African traditional heritage touch.