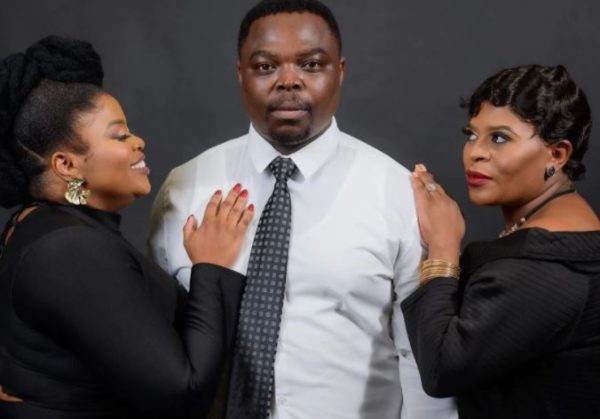 Spending time watching the latest events that are happening in the world can be toxic. At times all you need is to take a breath and rejuvenate.

One of the ways of doing that is by tuning in to a captivating show; one that will make you forget about everything negative. One such show is Uzalo.

Uzalo is a South African soapie that has been airing for the past five years now. It revolves around two families whose rivalry has been passed on to their descendants, and in the course of their lives, they came across alot of secrets.

Will the troubles that Thulani has been facing come to an end or will they take a toll on him? The only way to find out is through these snippets of Uzalo episodes for April 2020

Fikile makes her ominous plans known as Sibonelo stumbles upon an adversary, and Thulani notices that he has to face a big issue.

Sbu asks Nonka for an unusual favour while Godfather and Thulani cross paths again. Gabisile is unusually kind to Nomcebo, and it is making her get suspicious.

Gabisile receives the intended reaction as Mondli comes across something shocking at the station, and Thulani is faced with a series of miseries.

Nomcebo and Gabisile secretly do something without Qhabanga’s consent while something happens, and Sbu believes that Fikile wants to murder him. MaNgcobo’s plans do not go as anticipated.

Sbu is worried that Fikile could be going insane, and Nkunzi is beginning to get suspicious about a certain coincidence as Gabisile puts Nomcebo in her place.

Gabisile’s confession makes Nomcebo shocked, and Nkunzi makes MaNgcobo begin to worry about the future, as Fikile makes an offer that compels Sbu to make a confession.

The truth bout Thulani’s identity comes out upon someone’s arrival, and Sbu faces the repercussions of his lies. Meanwhile, Gabisile comes across some good news concerning the plans that she has been making.

Sibonelo threatens to eject Nkunzi out of the premises forcefully, and Thulani meets a beneficial party, while Sbu is forced to do something that he does not enjoy.

What felt like an accident to Gabisile turns out to be an opportunity, and MaNgcobo receives an apology although the source of the apology leaves her shocked. Fikile smells a rat when Sbu goes back to work.

Sbu is experiencing a difficult time getting used to his new job, and MaNgcobo has a trail of questions that she would love answered. Qhabanga believes everything that Gabisile says. Will he make the right decisions?

Nomcebo finds out about what Qhabanga was up to, and rage is written all over her face. Meanwhile, Nkunzi takes advantage of his position to get what he wants as Fikile comprehends what Sbu has been doing for Thulani.

Thulani does not know how to handle the new problem that he is facing, and Fikile does something that makes Sbu scared, while Nomcebo comes up with the idea that will help her be at peace.

Sbu comes up with a better idea as Nkunzi perceives that he might want to exercise little patience. On the other side, when the dinner comes to an end, only one person leaves the party happy.

Nkunzi comprehends that he will do things how he wants them done and prepare for the consequences as Sbu comes up with the best business idea, and Qhabanga is finally vindicated after being scorned for a long time.

Sbu takes advantage of the situation to pursue his dream while Nomcebo accosts Gabisile, and Thulani declares that he has a job for Godfather.

Fikile is surprised to see Sbu’s business flourish as Gabisile makes a tough decision, and Qhabanga eats a humble pie. On the other hand, Njeza does something unacceptable.

Qhabanga is pressurised to say sorry as Nosipho eavesdrops some very sensitive information, and Fikile realises that she is a victim of the business that Sbu launched.

Fikile realises that she is in a complicated situation while Gabisile takes control of Sibonelo’s love affairs, and Thulani forgets about the threats that MaNgcobo has been levelling against him.

Nomcebo is pissed off by Qhabanga’s response as Mondli makes the situation more difficult for Lilly, while Nkuzi offers to help Sbu to fix his problems.

Sbu deceives Fikile about Majealous’s disappearance while Nomcebo inquires about a couple of things that leave Gabisile troubled, and Sibonelo decides to face his situation.

Nomcebo and Qhabanga end up in a fight while Sbu is shocked by the request that Nkunzi makes as Mondli decides to play the immature card to get through her situation.

Amidst the threats that Sbu is facing, he comes up with a profitable business idea that most people eye. Even though his venture shows so much potential for growth, the quality of services that he offers seem to be compromised. Will the business thrive?

In the beginning, Thulani seems to be caught up in the drama, and he suffers a series of problems. He gets into fights, and nearly everyone loses faith in him. However, someone comes to his rescue and changes the perception that most people had about him. Shortly, he gets into another mess. Will he come out triumphant?