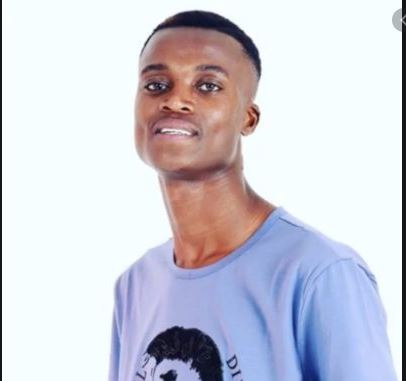 Everyone loves good music; it invigorates the soul and helps us get through lonely days. King Monada is a highly talented artist at making good music.

He made the popular Malwedhe song that has become a hit within and outside the country. The song has earned him more fans and recognition as people outside the African continent couldn’t resist not taking part in the Malwedhe challenge.

You may not be aware, but King Monada has other songs that are equally mind-blowing and you might fall in love with these songs instantly. Here is a list of our top 10 favorite tracks.

1.Malwedhe
This song shook the internet in South Africa and beyond. Malwedhe which has a pulsating rhythm has been embraced by his fans across the continent, not only for it’s interesting lyrics with people fainting over each other but most especially for the challenge that comes with the song. The song earned King a lot of popularity and has created a ripple effect on the SA music industry and its effect might still be around for a longer time.

2.Ska Bhora Moreki
This powerful hit was produced in 2016 and it has gathered more than 1.6 million views since it was released. The lyrics of this track and its addictive beat makes you want to come back for more and get more of this exceptional artist. If you haven’t listened to Ska Bhora Moreki yet, you need to download it now and get wowed by the talent of this impressive artist.

3.Kea Bolecha
This song like most of his other songs is created with an addictive beat that will have you shaking your body and enjoying yourself. It is a club banger and don’t be surprised when you can’t resist the urge to make it your favorite on your playlist.

5.Di Danunu
In this track which he released in 2016, he worked together with Mckenzie and Muungu Queen to create this melodious sound. And this expresses how good he is in combining his talent with those of others.

6.Molamo
This is a wonderful song that will make you smile and nod your head along to the rhythm of the song. It is produced by Monada and DJ Dino productions.

7.Skorokoro
When this song was released in 2018, it was widely received by those who are his fans and those who are not. He featured Lebb Simons in Skorokoro and both of jointly created a beautiful masterpiece.

8.Ake Khotsofale
King Monada truly represents his background well; this track will turn you into a fan of Limpompo music where the artist comes from. And if you already like Limpompo music, you will definitely like this too! Don’t hesitate to check it out!

9.Taba Txaka Ke Ttxaka
Monada earned the respect and admiration of most of his fans with this hit. Most of his fans have hailed him for doing a good job by getting them captivated with beautiful music.

10.Kero Mobopa
While his fans are still reeling in the effect of Malwedhe, Monada was out with another banger, Kero Mobopa. He didn’t disappoint his fans with this either was widely celebrated for it.
While you check out our top favorite hits from King Monada, you should also check out Chuwana a video released by the artist in 2019. Don’t worry, his songs can’t bore you out, you will rather find yourself putting it on replay.