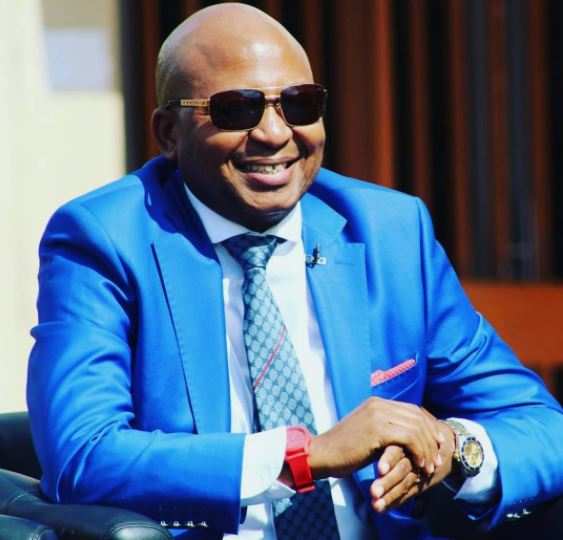 Kenny Kunene is no new name to the Mzansi people. His life has been one roller-coaster from being a convict to a motivational speaker after being released from prison.

Also, he became someone many people listen to when it comes to politics. He is famous for opening a club known as ZAR in 2011, where sushi delicacies were served on the bodies of half-naked women.

At some point in his life, while working as a high school teacher, he started selling alcohol even though he was not licensed.

He also started engaging in unlawful activities that landed him on the wrong side of the law. In 1997, He was convicted of some crimes and then sent to prison for six years.

Here are some interesting facts you probably don’t know about the businessman:

1. Kenny Kunene was born on 21 October 1970 in Odendaalsrus, which is located in the heart of Free State Province. He attended his primary and secondary education in Free State Province and later enrolled at the Vista University, now known as the Central University of Technology, for his teacher’s degree.

2. He was imprisoned for six years after being convicted of operating a Ponzi scheme. In 2010, he held a birthday party where guests ate off from the bodies of half-naked women.

4. Kenny Kunene wife, Nonkululeko Whitney Mhlanga, and her husband have two children together. He has other children from his previous marriage.

6. In 2017, his car was allegedly shot five times by unknown men while driving in his BMW with an unidentified woman. The incident raised a lot of questions and faced much criticisms.

7. He was the subject of an e.Tv reality series known as ‘So What,’ which documented the behind scenes of his personal and business life.

8. In 2017, Kenny Kunene website, ‘the Weekly Xpose,’ took him to court after the site published graphic sexual videos of a woman that was allegedly sent to the then-Deputy Vice President.

9, The businessman is estimated to be worth about R260 million as of 2019. He has a business mind that led him to start an Uber app South Africa known as Yookoo ride. The app uses Yoko payment.

10. In December 2010, it was reported that he was bringing some top musicians, including Nicki Minaj, Drake, among others to South Africa & Zimbabwe, something that did not come to fruition. However, he later managed to bring over music artists, including Ciara, DJ Scratch, Lil Kim, Timbaland, and Fat Joe.