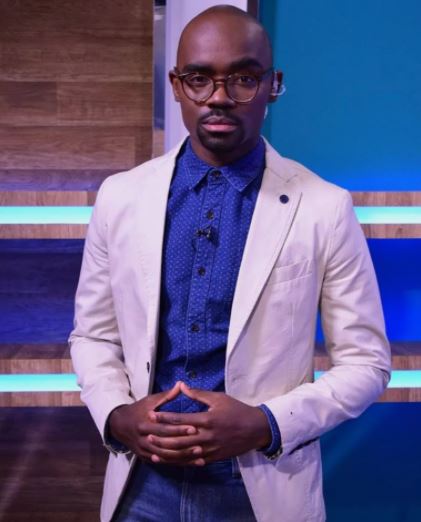 Musa Mthombeni  (born 22nd of April, 1990) is a former media personnel, presenter, and actor. As a South African presenter, he is famous for presenting most of the shows on YOTV.

He grew up in Vaal, under the care of both of his parents. As a teen, Musa developed a liking to watch TV. He always pictured himself as a presenter.

Media personnel are the most difficult faces to forget about, especially when they host shows that are aired on the screens frequently. Musa Mthombeni is one such faces.

Musa enjoys his job and continues to try the best he can. That is the reason why most people know Musa Mthombeni as a famous DOCTOR with an impressive fan base.

There is so much more than the face that most people have seen on their screens for the longest time ever. Here are 10 interesting facts you probably didn’t know about  Musa Mthombeni.

1. He particularly wished that he would have the opportunity to work with YOTV. When vacancies at YOTV were announced, he auditioned, and luckily, he landed the gig. Besides being a presenter, he always dreamt of becoming a doctor.

2. In September 2018, some claims emerged stating that Malusi Gigaba was the father of Musa Mthombeni. The rumours came up after Musa acknowledged the fact that he applied for a passport, which had been processed within the shortest time.

4. His acting career had the best breaks in 2012 when he pulled a role in the eighth episode of the first season of “Boy Next Door” an e.tv drama and anthology series. The following year, he landed another supporting role in the second season of “Intersexions”, a drama series aired on SABC1.

5. In 2014, he featured in Ek Joke Net 2, a comedy film. Here, he starred as a prankster. Three years later, he joined the group of four panellists in a show called Trending SA to replace one of the panellists; Shaka Sisulu, who had left the show earlier in June that year. The talk show would be aired on SABC3.

6. Apart from being a presenter, Musa Mthombeni s a qualified doctor. He studied medicine at Wits University. While at the university, he was still a presenter at YOTV.

8. He opted out of the media to focus on his studies. He graduated from medical school and proceeded for his internship in Durban. His internship lasted two years, after which he went back to Johannesburg, where he works as a full-time doctor. That explains why some people refer to him as Dr Musa Mthombeni.

9. Despite achieving two of his biggest goals, Musa does not leave it at that. He still wishes to venture into business. His reasons for thinking of the venture are so pure and selfless. He wishes to get into business so that he can create jobs for the unemployed.

10. Thuso Mbedu, one of South Africa’s most admired personalities, has been rumoured to have been in a relationship with Musa Mthombeni. Musa admitted having had a crush on Thuso Mbedu. Even after Thuso hinted that she did not feel anything for him. In January 2019, he sent her a bouquet of one hundred roses after she had landed a lead role in one of the American series.

He has also made it in life as he owns a very expensive Mercedes Benz and has built his mother a beautiful house.