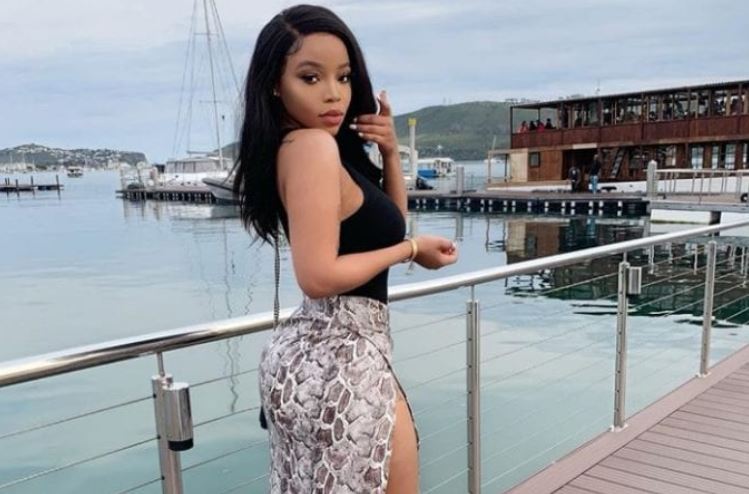 Faith Nketsi is a South African influencer, model and entrepreneur. She is well-known for being a member of a dance group called “Pro-Twerkers”. The socialite gained more popularity after she left the twerking dance group.

Afterwards, Faith, became a host in different night clubs across South Africa. Her racy photos on the media combined with her incredible fashion awareness have procured her an enormous fan base online.

Aside from the ‘Twerk Queen’ being a model, artist, host, and socialite, there are certain aspect of her life that many people still don’t know about.

We bring to you 10 fascinating things that will keep you glued on her social media:

1. Dubbed the Queen of Twerk, 24 year old Faith Nketsi was born in 1994, December, is a social media maven and South African model. She was also recognized as a member of the female dance crew Pro-Twerkers.

2. Her fashion style and sultry selfies have earned her more than 760,000 Instagram fans and it keeps increasing everyday. She is also an accomplished model and social media star.

3. Faith social media photos indicate that her mother is her best friend, has she’s always seen doing her makeover.

4. She might be into twerking and slay Queening, but Faith is a beauty with brains and education. She studied at the University of South Africa.

5. Faith is also a music video vixens and has appeared in several music videos among them being Cassper Nyovest’s “Tito Mboweni.”

6. In 2016, a raunchy video of Faith and her boyfriend having oral sex, among other things made its way to Instagram. The video was quickly removed and Nketsi posted a statement to her followers saying the video had been leaked.

7. Faith Nketsi released a statement distancing herself from pimping allegations saying she runs a legit business.

8. She was previously linked to Davido before being accused of coming between Offset and Cardi B. It’s unclear whether or not she’s the reason behind their rumored split or if she was just a brief fling for Offset while he was temporarily single.

9. The entertainer is a businesswoman of note. She co-owns Feline Management. The company scouts female talent to empower and build them through their social media.

10. She hosts club appearances, something that seems to be fetching her good publicity and money.